If You Have Difficulty Swallowing – Here’s Why!

Have you ever had difficulty swallowing, where food gets stuck going down or comes back up?

I see patients that come in and say, “You know, sometimes, when I’m eating, food has a little difficulty going down. It gets hung up on the way, or sometimes liquids go down the wrong way.” It is a medical condition called dysphagia, which is very common; it is one of the most common conditions in our practice. Sometimes, though, it means further tests and evaluations are needed because the reason it is happening can range from something pretty frequent – that you do not need to worry about – to something potentially serious.

One of the signs or symptoms of that is as soon as you start eating, it comes back up, it comes out of your nose, you start coughing, or it goes down your windpipe instead of your food pipe and causes shortness of breath. That is oropharyngeal dysphagia, meaning not a problem with your food pipe but a problem with these muscles in the oropharynx. Now, while our practice does not have diagnostic tests to look at that (it is more of an evaluation by an ear, nose, and throat doctor or neurologist), we can tell you whether you are having a problem with the muscles or with the food pipe.

This is more focused on the food pipe problem or problems with your esophagus that can cause difficulty swallowing.

You see a common theme here; a lot of it is acid-related.

You can have abnormal cells for other reasons, precancerous cells, and allergic reactions within your food pipe that can cause that difficulty swallowing.

When a patient that has difficulty swallowing comes to the office, I first try to determine if it is a muscle problem or a food pipe problem. I do that based on history, how often it happens, and when during the meal it happens. If I think it is a food pipe issue, the first thing I do is start them on acid reflux medication since a lot of this stuff is acid related. I also recommend an upper endoscopy because there is always a possibility of cancer and there is always the possibility of an esophageal narrowing that needs to be stretched out.

An upper endoscopy is a very easy test, which we do in the office. It is much easier than a colonoscopy. You go to sleep, and you do not feel or remember anything. What I do is I take a little camera, probably the size of a pencil, and take a look down your food pipe; I look for ulcers, look for inflammation, and see how the food pipe is moving. I can stretch out the esophagus while in there. How do we do that? We have dilators that go down the camera that we are looking down with and stretch out the food pipe to the size it should be. Sometimes we have balloons that we can put in and inflate to stretch them out. While there, I look at the stomach and small intestine and take biopsies. Then you wake up and go home.

When Trouble Swallowing Gets Serious

So, why are we talking about dysphagia and difficulty swallowing? Because sometimes it can lead to a medical emergency. Let me tell you how it becomes a medical emergency. Say you are eating something, like a piece of steak or a porkchop, and it gets lodged. I am not so concerned about the food stuck in there; I am more concerned about your saliva and other secretions that now cannot go down. And if it can not go down, it has only one way to go, and it is up. If it goes up, it runs the risk of going into your lungs and causing a major problem, like pneumonia, having to be on a ventilator.

What I tell patients is if you have food that gets stuck, even though it might not happen all the time – and it may be more of an inconvenience – it could potentially be a medical emergency if it happens and you are not able to get that food down. If it happens to you and the food is not going down after 5 minutes, 10 minutes, or so, you have to call our office or head to the emergency room. What we would do is we would take a look and remove that obstruction endoscopically, and that becomes more of an emergency.

What I recommend is if you have difficulty swallowing, even if infrequent, it could be the beginning of something more serious. It is never normal to have something stuck in your esophagus or have food moving slowly. No matter how fast you eat, your food pipe should be able to push the food down as fast as it goes in. So, if it does get hung or stuck, there is something abnormal. It may just be acid reflux related, but we do not want to take a chance.

For more information, Dr. Rajan explains this condition in the video below, while speaking at the Walnut Cove Senior Center. 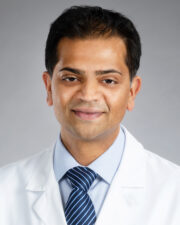 By: Dhyan Rajan, MD
Board-certified gastroenterologist at Digestive Health Specialists.
He works at our King and Winston-Salem clinics.
Learn more about him here: https://digestivehealth.ws/provider/dhyan-rajan-md/

Digestive Health Specialists, PA is here to help if you, or someone you know, would like more information, or if you are experiencing any digestive health symptoms and would like further evaluation. Feel free to give us a call at 336-768-6211 or fill out the form below. 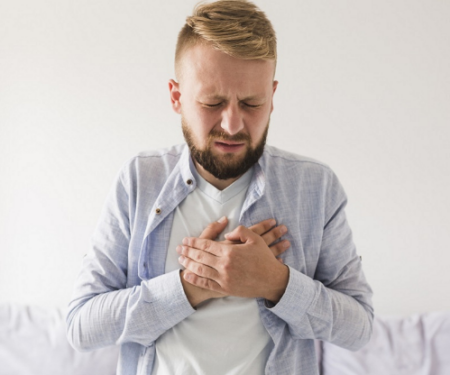 Do you have heartburn?

We all have a valve at the end of our esophagus called the lower esophageal sphincter. This valve is supposed to stay closed to protect our esophagus from acid. For various reasons, this valve can become weakened and allow acid...
Read more 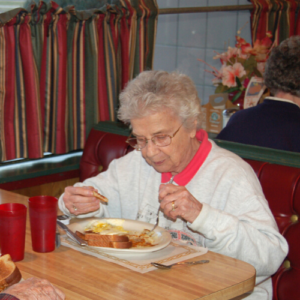 Trouble Swallowing? It Can Be Dysphagia

With the holidays in full swing, food is always at the center. For some people, though, eating and swallowing make enjoying this time more difficult. Do you have difficulty swallowing? When eating, do you feel like you are choking? Do...
Read more

Diarrhea, Fatigue, and Weight Loss… Oh My! Symptoms of IBD are no fun. IBD stands for inflammatory bowel disease and it involves chronic inflammation of all or part of your digestive tract. Two primary conditions we see patients for are...
Read more

Please Rate Your Recent Experience With Us!